The twin traditions of poetry and military service came naturally to John McCrae. In Scotland, 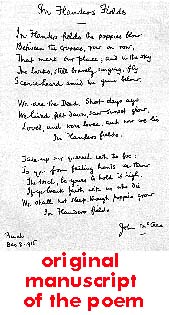 his family had compiled (and contributed to) the famous Fernay manuscripts of Gaelic poetry between 1688 and 1693. Then, in 1715, and again in 1745, the McCraes fought against the English in the Rebellions.

Despite petitioning for timely intervention or public acquisition, Canada’s so-called Department of “Heritage” in 1997 allowed Col. McCraes’ medals to go up for public auction. They were purchased by a Chinese-Canadian businessman, Arthur Lee, who restored them to the McCrae Museum.

The other great poem of the Great War must be Wilfred Owen’s “Dulce et decorum est”. Lesser known is his “Parable of the Young Man and the Old”: 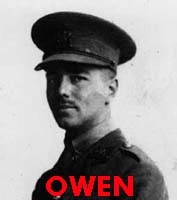 So Abram rose, and clave the wood, and went, And took the fire with him, and a knife. And as they sojourned, both of them together, Isaac the first-born spake, and said, My Father, Behold the preparations, fire and iron, But where the lamb for this burnt-offering? Then Abram bound the youth with belts and straps, And builded parapets the trenches there, And stretched forth the knife to slay his son. When lo! an angel called him out of heaven, Saying, Lay not thy hand upon the lad, Neither do anything to him. Behold, A ram, caught in a thicket by its horns; Offer the Ram of Pride instead of him. But the old man would not so, but slew his son, And half the seed of Europe, one by one.

On November 11, 1918, as the bells of Shrewsbury were ringing to celebrate the Armistice, Owen’s parents received the telegram advising them of their 25-year-old son’s death.

One generation later, Europeans were at it again; killing each other in a rapture of carnage. 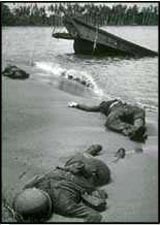 Poppy seed will lie in the ground for years if the soil is undisturbed. That churned up cemetery known as the Western Front provided the ideal medium for masses of poppies to blanket the graves. By the 1920s, Legion Branches were selling the paper flowers to: provide assistance to needy ex-servicemen and their families, to build housing for seniors, and support programs like meals-on-wheels, drop-in centres, etc. Buy and wear a poppy. It is simple, painless way to recognize contributions and sacrifices barely imaginable to us. 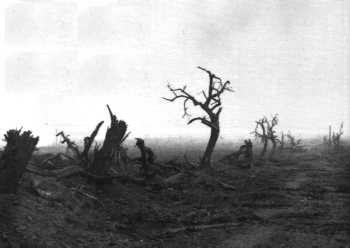 The number of Canada’s war dead exceeds 115,000. This is a staggering toll exacted on a country with, traditionally, a very small population. Subsequent betrayals and loss of freedoms might never have happened had these young men (or their sons) come home. As we’re invaded (without protest), it’s hard to imagine a time when Canadians would willingly sign away their very lives for an IDEA. Their sacrifices should not be judged by the state of the nation today. Their courage and gallantry is as unfamiliar to us as their conviction; they fought For Freedom’s Cause. Spare them two minutes of remembrance at the eleventh hour of the eleventh day. 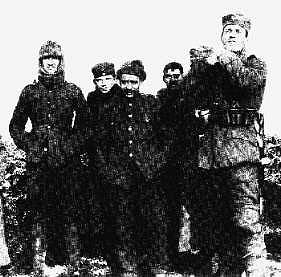 German and Allied soldiers celebrate the 1914

Christmas truce in No Man’s Land – this

and for many years, was censored