If you believe this one, you probably believe that the lowest ebb in human development was the Ozzie & Harriet, Leave it to Beaver model of a despised ‘white-bread’ North America. Would someone kindly explain why the promise of that very life spurred millions upon millions of immigrants to come in search of it. Was it simply easier to ridicule at close quarters? The brutal realities of life in third world countries are enforced with a rigid caste-system and pecking-order. Let’s be very clear: we neither mean to endorse, nor imply, that local implementation might be fun, but how do the ‘haves’ in the Third World ensure that the ‘have nots’ know their place – and stay there?

The ‘have nots’ are given no quarter, no concessions. If that means stepping over bodies begging or dying in the streets, well there’ll always be more where they came from. The rationale is that if you give some people 2.54 centimetres, they’ll take 1.6093 kilometers. If this sounds like your local ‘special interest’ group, it’s either a coincidence – or racist of you to notice. Are Canadians equipped to compete with the ruthlessness born of such brutal realities? What is it exactly, that we ‘know’ about other cultures? Do multicultural values extend to marriage-by-capture? The Hmong may think it should. Does our committment to diversity include genital mutilation (politely, but inaccurately called female circumcision) when it’s performed on four year old children? Does pan-culturalism mean that we must enthusiastically embrace the practice of suttee or slavery if that happens to be common practice ‘back home’? 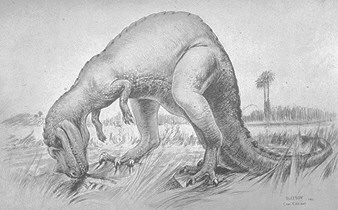 Well, we don’t really know and never can know. We are not encouraged (or permitted) to discuss issues like this. It seems ridiculous to insist that newcomers to Canada abide by Canadian laws, when ‘our arrogant, ethnocentric traditions’ must not be ‘imposed’ on them. Indeed, both the Moslem and black communities have lobbied for special extra-mural legal systems ‘more in line with our community standards’.

The committee responsible for chaplaincy in federal prisons has recently called for ‘aboriginal circle sentencing’ and we all learned what jury nullification meant when OJ was found not guilty. We are informed that “only education can eradicate racism.” What kind of “education” do we mean? Indoctrination? So history has a ‘Eurocentric’ bias? The inescapable fact of the matter is that most histories were recorded by the people who had a written language.

Must Columbus be: (A).- a saint, or (B.) – a monster? Perhaps he was merely a man who beat the odds and crossed the Atlantic 500 years ago. That he did so with a hold full of small-pox bacillus seems unlikely. The liklihood that his ships carried a cargo of venereal disease on the return trip receives considerably less media-play. Again, what do we know of other cultures? Aladdin? Dances with wolves? Roots? Apart from the relentless anti-European sub-text , most of our ‘knowledge’ predicates on a set of cutesy cultural cartoons. It’s easy enough to see why – underline twice for emphasis – all the positive virtues, but that does not tell us anything meaningful about who these people are, what they believe, what their real history might be, what is sacred to them and why. We just occupy the same hunk of real estate and pay our taxes. What a great country.