Under fundamental democratic guarantees, the anti-racist and special interest lobbies are entitled to believe whatever they please. The problem arises when (like the Taliban religious police) a nation discovers it has multiple ‘Departments for Promoting Virtue and Preventing Vice’.

Then, we’re flogged with the nearest car antenna, not because the heels of our shoes make too much noise, but because our thoughts do. No doubt, we’d all be happier if ill-conceived Utopian societies ticked along without requiring any of us to ever think again. Thinking rapidly becomes a privilege the tolerance brigade is neither equipped to practise, nor prepared to permit to those who can. In a cynical age, these persons are unique in their unswerving devotion to government policy, and, as good little sycophants, the government accords anti-racist and special interest lobbies an extraordinary degree of latitude. If some tactics appear extreme, why that’s just ‘exhuberance’ or ‘over enthusiasm’.

The anti-racist feed-bag might have more credibility, were government funding not such a major component of the anti-racist world view. The fact that the very term, “special interest” lobby implies some “special”, self-serving agenda, doesn’t seem to concern Canadians, or their government. Like a mouse with a megaphone, when Canada is instructed to take on the Internet (recently the US Supreme Court called the Internet the greatest tool for freedom in our time), Canadian sheep are told that this brand new way of squandering tax dollars is targeting “hate” (and, as always) that has been obligingly defined for us as ‘right wing extremism’.

The fact that the noxious Anti-Racist Action Group’s own web page was recently endorsing a planet-wide firebombing campaign against (of all things) a chain of non-approved pizza-joints appears to excite little interest. As Canada unravels, the anti-racist faction is reduced to character assassination and name calling. No doubt they have recognized that their arguments share the twin disadvantages of being both indefensible and redundant. They don’t debate. Increasingly, they simply inflict their views on the silent, cant-battered majority. In accordance with the “Love and peace or I’ll kill you” philosophy, these latter day disciples of Charles Manson work ceaselessly to criminalize the very act of discussing Canada’s inescapable new realities. 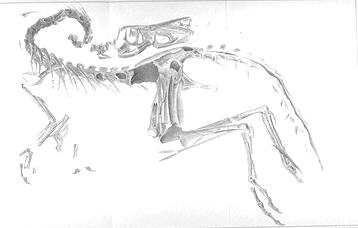 For the fanatical anti-racist however, no appeal to logic will dislodge the dogma. While the special interest crowd feathers its own nest and fiddles while Canada burns, the anti-racist’s belief in multiculturalism is contemporary evidence of pentecostal rapture. Like their Inquisitorial forebearers, the canon is: “Don’t confuse me with the facts.” The committed anti-racist finds his ideological predecessor in accounts of charismatic religious movements gone horribly wrong. Seeing the anti-racists joining a long (too long) line of history’s self-appointed judges, Inquisitors and Red Guards, as you listen to their venom-spitting diatribes in defence of multicultural ‘values’, you realize that the only new thing here is the uniform.