What is your definition of strength? A nation of people forbidden to discuss the very things which impact on their every action? What is your definition of diversity? True diversity is anathema to multicultural principles. The dictionary definition of diversity stresses differences, but as we’re told – officially – there are no differences at all. And that’s what makes this sham ‘diversity’ such a living hell. Now that we are living in close proximity, you might think the learning curve would begin to climb steeply. Unfortunately, the Canadian government forbids debate and dialogue, characterizing it as ‘hate’. So, Canadians are effectively and quite efficiently crippled. We are not permitted to talk about issues of diversity or immigration without being accused of racism. What this kind of ‘diversity’ does create is a phenomenon known as ‘white flight’. As old communities accomodate new populations, the neighbourhood experiences a transformation. Soon it bears no resemblance to the former (now marginalized) community. Different cultural values and customs prevail. While it may be interesting to visit, would you really want to live there? 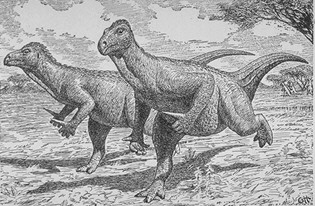 The elderly feel it first. They grow increasingly uncomfortable in their long-time homes. When people feel conditions have passed the limit of toleration, they simply give up, sell, and move elsewhere – usually well away.

Those who do flee are characterized as wet-blankets – or dinosaurs. What our press disapprovingly calls ‘white flight’, is called ethnic cleansing elsewhere. People would never leave their homes and communities if they felt they had any real choice. We really have to begin to appreciate the distinction. As for diversity ‘making us stronger’, we’re going to have to force ourselves to examine and confront feel-good cliches whenever some idiot clears his throat to recite a few. We’ve been eager and willing accomplices in our own demise. Placing blind faith in a collection of hyper-ambitious lawyers masquerading as ‘committed and caring’ statesmen has brought us to a point where even THEY dare not criticize immigrant, refugee and multicultural policies: