That’s nice. If it really is true, why aren’t they helping their own people in a real hands-on, financial sponsorship kind of way? (Or, once again, did that just apply to Europeans?) Agitating for more and expanded immigration programs just doesn’t seem as meaningful. Traditionally, immigration didn’t COST the ‘beneficiary’ nation a thing. For example, while we’re informed that our Chinese community is unimaginably wealthy, we also discover that the new Chinese Canadian Cultural Centre in Toronto (costing $5.2-million) will receive major funding from the big five banks, the near-bankrupt Canadian Airlines, a radically down-sized Bell Canada and a cool million each from the hard-pressed provincial and federal governments. In a September 1997 poll, 78% of Canadians felt immigrants shouldn’t be allowed to sponsor their families into the country until they’re off welfare. Note the presumption that welfare is an intrinsic part of the immigrant process.

Thirty years ago, as we celebrated Canada’s centenary, we had every reason to believe that by now we would be routinely travelling to the stars. We got immigration instead. We got a stagnant, dying economy where one of the few ‘growth’ (in the malignant sense) industries feeds on the identification and suppression of ‘hate’ and, just co-incidentally, free speech. The assurances of Medicare, pensions and welfare plans (created BY Canadians FOR Canadians) are extinct and none of us really expects an old age with security by the time we get there. 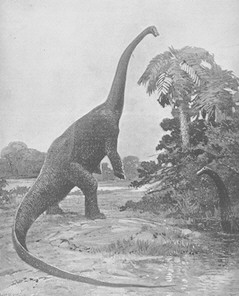 Then, there’s the fundamentally unsavoury issue of ‘spreading ’em wide’ for an infusion of cash. There’s a term for it and it isn’t ‘refugee haven’.

In the process of slurping up real or imagined Third World wealth, there’s another unsavoury question: under the desperate and difficult conditions ‘back home’, how was that money was accumulated in the first place? Given the number of recent apprehensions of triad and gang leaders, maybe we shouldn’t ask. Canada’s ‘Investor Class Immigrant Program’ is a classic case of wrong headedness.

Just recently reanimated following an 18 month moratorium in the face of widespread fraud and corruption, Ontario has honed the program to not only offer citizenship, but guarantees 100% repayment of the ‘loan’. (Lucienne Robillard, Minister for Immigration boasts that this program has brought Canada the princely sum of $3.6-billion since 1986. She did not mention that foreign investors withdrew $3.5-billion from Canada during the month of May 1997, alone).

Some investor class immigrants who made poor investments are considering launching a class action suit against the federal government to recoup their losses. OF COURSE, NO ONE CAN EXPLAIN WHY AN INVESTOR 1/2 A WORLD AWAY IS SOMEHOW BETTER PLACED TO RECOGNIZE A “GOOD” CANADIAN INVESTMENT OPPORTUNITY WHEN THEY SEE ONE. The welfare of the average Canadian has been callously compromised by elected swine to an extent that Canadians have grown so supine and enfeebled, we are terrified to speak up in our own defence for fear of being labelled ‘racist’.