It sure is — and don’t you ever forget it. As mentioned above, Canadians were (and continue to be) forbidden open discourse on this most crucial issue. There was a time (not so very long ago) when we pitied Soviet children forced to attend indoctrination sessions. We shook our heads over the thought of Soviet adults forced to join the party and espouse party views if they wanted to get on in life. We shuddered at the thought of fanatical Red Guards performing character assassinations on those who didn’t conform to Mao-thought. Now that our own children attend mandatory multicultural indoctrination sessions, now that we are espousing multicultural rhetoric (OR ELSE) the rest of the world pities us. In August 1996, Congressman Robert Goodlatte (R-Virginia), addressed the US Congress in these terms:

“Ghetto mentalities, the destabilization of Quebec. Reverse intolerance by immigrants for Canadian culture and institutions and the devaluation of the very idea of a common nationality. Are we headed the same way in the United States?”

While it’s some consolation to think our sacrifice may have served some greater purpose, it’s not encouraging. Laws can be repealed. This has happened to us because (just as in the Soviet Union) decisions were made by a rigid ideological elite without common concensus or consent. Since WWII, people have felt that ‘immoral’ law must be resisted, but the problem with immigration is that we have been very carefully inculcated in the belief that immigration is ‘one of the just causes’. The ‘morality’ of the issue is one of our great stumbling blocks. We’ve lost sight of the fact that in protecting and preserving other cultures and ethnic ends, we’ve forfeited our own. Yet, this is supposed to a source of real pride and celebration. 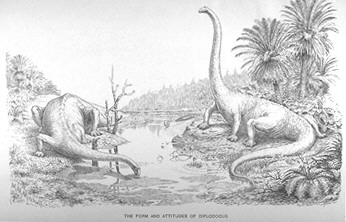 The United Nations Convention of 1948 (Article II) defines genocide in these terms: (a) Killing members of the group (b) Causing serious bodily or mental harm to members of the group (c) Deliberately inflicting on the group conditions of life calculated to bring about its physical destruction in whole or in part (d) Imposing measures intended to prevent births within the group (e) Forcibly transferring children of the group to another group It may seem spurious to level charges of outright genocide against the good old government of Canada, nor does our experience conform to the terms in every particular, but what does the persistant pandering to an introduced population over the desires and expectations of natives amount to otherwise? Given the oft-proven fact that the introduction of competing plant or animal species spells extinction for native varieties, genocide is not putting too fine a point on official policies. Need to get the birthrate up? How about giving us a reason to live?