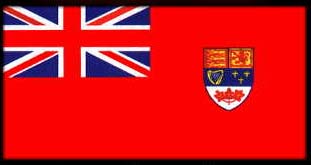 The real Canadian flag, the one that reflects our history and our hopes, is the Red Ensign. It is potent in symbolic meaning. Edmund Burke warned that a people who ignore their past, will have no future. Canada came of age as a nation in two world wars under this flag. General H.G.D. Crerar, commander of the First Canadian Army in WW II, recalls a comment made to him by Prime Minister W.L. Mackenzie King: “And that, General, is another problem which your Canadian Army has solved for Canada — the matter of our national flag.” H. Gresham Carr in Flags of the World (Frederick Warne & Co. Ltd., London, 1956) explains that, in 1924, “the Government of Canada approved this flag as ‘the distinctive flag for Canada overseas,’ and, in 1945, for general use.” (p.67) On September 5, 1945 by the Governor-General signed Order in Council (P.C. 5888) which proclaimed:

The Union Jack in the flag demonstrates that our legal system and our political system of representative, parliamentary democracy originate in Britain. Also, English is the dominant language in Canada. Canada is predominantly a Christian country. Our compassionate social legislation owes its origins to Christianity. Integrity and compassion and concern for the family — virtues which infuse public and private morality in Canada — reflect the importance of underlying Christian morality in Canada.

That is symbolized by the cross within the Union Jack. The colour red in the background of the flag symbolizes life and blood — blood shed in the settlement of this country and in wars to preserve basic freedoms, now very much in peril. Blue in the Union Jack and in the crest represents the oceans, lakes and rivers which are so important to Canadians for transportation, fisheries and, in the case of the fresh waters, for drinking water and irrigation. Traditionally, blue symbolizes loyalty and dedication. White suggests purity and honourable intentions. Additionally, white suggests the vast snows of Canada, an Arctic nation.

The crest contains three maples leaves with stems joined. The three leaves represent the component peoples of Canada: the natives, the French and English original settlers, and the others, mostly European, who came later. The veins of the leaves are gold, symbolizing wealth — wealth created through unity and passion for this land and hard work. The Maple Leaf, of course, also represents the forests of Canada — a most important contributor to the nation’s wealth. These maple leaves also match the anthem The Maple Leaf Forever, whose stirring words make it the anthem of the real Canada.

The emblems within the crest reflect the origins of our founding peoples. the couchant lion (upper left), emblem of William of Normandy, has been used by the British monarchs since 1066. It represents both the British and French settlers, the latter mostly from France. The red lion rampant (upper right) was the emblem of the Scottish monarchs. From Cape Breton to Glengarry County, Ontario, Scots, many refugees from the Highland clearances, were important early settlers and leaders (like Sir John A. Macdonald) in Canada.

The harp (lower left) is a symbol of Ireland — another important source of our founding people. The fleur de lis symbolizes the early French settlers of Canada, who brought this as an emblem of a royalist not a republican France. The Maple Leaf Forever – MIDI version 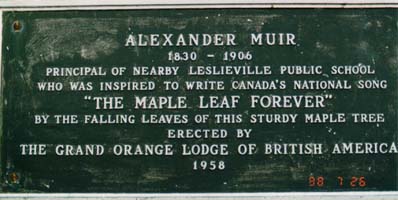 It was written by school teacher Alexander Muir (1830-1906) who was then principal of Leslieville Public School in Toronto’s East End . Maple Cottage, the house at Memory Lane and Laing Street in which Muir lived and a huge maple tree, which legend tells us inspired his composition, still stand. 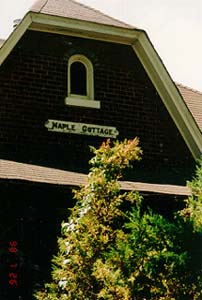 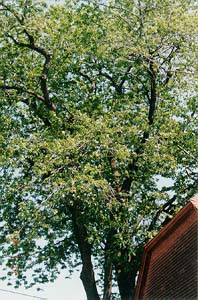 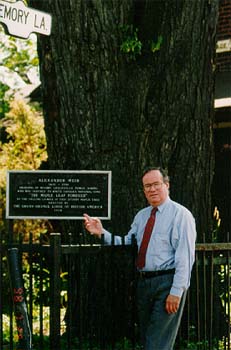 At Queenston Heights and Lundy’s Lane Our brave fathers side by side For freedom’s home and loved ones dear, Firmly stood and nobly died. And so their rights which they maintained, We swear to yield them never. Our watchword ever more shall be: The Maple Leaf Forever! . [CHORUS] .

Our fair Dominion now extends From Cape Race to Nootka Sound May peace forever be our lot And plenty a store abound And may those ties of love be ours Which discord cannot sever And flourish green for freedom’s home The Maple Leaf Forever. . [CHORUS]