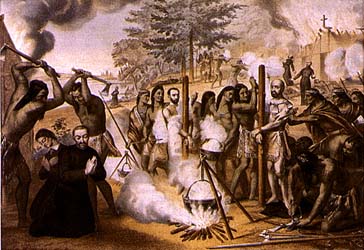 Exploring the roots of our “guilt” The campaign that sets out to assail our traditions and belittle our heroes will end by forbidding them altogether. In June, 1998, Reuters News Service reported that Honduran Indians in Tegucigalpa intended to try Christopher Columbus before an – ahem – “Indigenous People’s Tribunal.” As is so often the case with tribunals, the decision was a foregone conclusion: “It will culminate in the execution of the explorer with bows and arrows on Columbus Day on October 12.” Unfortunately, we just don’t know whether this act of vegeance, 500 years after the fact, was ever carried out. At the end of October, Honduras was devastated by Hurricane Mitch. Tegucigalpa was hardest hit of all.

Champlain’s astrolabe lost 1613 – found 1867 near the Ottawa River This is the smallest of 35 surviving astrolabes dated to the early XVIIth century. Our simplistic (not to say simple-minded) grasp of history-as-a-cartoon permits “aboriginal restitution and retribution issues” to first cloud, then eclipse the accomplishments of our European ancestors, while the suffering and privation that defined the New World experience for most Europeans is callously dismissed. If indigenous people are presumed to have enjoyed a God-given right to defend “their” soil from the polluting tread of European boots, why are we forbidden the bloodless “luxury” of merely discussing present-day numerical and cultural swamping? Or do the forces of political correctitude instinctively gravitate toward, and confine their outrage to, a time frame more congenial to them — say, 500 years ago, during the height of the Inquisition?

Europeans may have “won” the battle, but the side making reparation payments is generally considered to have “lost the war”. Writing in Newsweek, November 6, 1995, Jerry Adler attempts to debunk a little of the “nobility” a cartoon culture demands of aboriginal histories: “To read about a 12-year-old girl plied with liquor and left on a frigid mountaintop to die is to experience a revulsion that no degree of moral relativism can rationalize away.

A revulsion, however, tinged with the faint, grim satisfaction of finding scientific evidence of an atrocity perpetrated in America that cannot by any stretch of logic be even remotely blamed on the Europeans. … Accounts of an Aztec priest ripping the beating heart out of a human offering was one of the great arguments for Christianizing the continent. In more recent decades, though, Western culture has made a high-minded effort to avoid sensationalizing such potentially embarrassing spectacles. But, even more amazing is the realization that at the same time that Western culture was attempting to sanitize Indian culture, it was brutally and without mercy savaging itself.. It was, and still is, committing cultural suicide.” 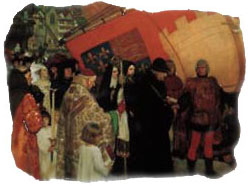 It’s past time for us to acknowledge the superb achievement the European Voyages of Discovery represented. Exploration had captured the European imagination. Those star-crossed lovers of the medaieval world, Heloise and Abelard, named their “love child” Astrolabe, as a tribute to the mariner’s aid, newly reintroduced from classical Greece. Our “own” John Cabot, who gave Newfoundland its name in 1497, was inspired to sail after reading of wondrous marvels in the Marco Polo journals. The men who set sail for unknown and uncharted worlds in frail wooden ships defy our present day understanding of the very word “courage”. Another word (calenture) was coined to describe a delusion which was to become a commonplace during those months-long “voyages to nowhere”. For some, the endless rolling waves “became” the rolling green fields back home, and the homesick, hapless sailor would simply step off the edge of the ship “to go for a walk” from which he never returned. Rather than honour the fortitude and genius of these forgotten men, the remote-control jockey finds it less taxing to add his voice to a chorus which blindly condemns them, as he worships contemporary “heroes” who can run — and jump! As the following list indicates, an incredible number of the most famous (and some never known) names paid the ultimate price — in some cases, for the sake of an accurate map. The list does not include the names of those whose illnesses, wounds or other problems resulted in death after returning home. 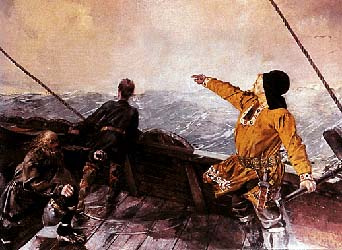 Thomas of Tolentino, James of Padua, Peter of Siena and Demetrius (near Bombay, 1321) Burned for blasphemy against Muhammad.

Nuño Tristão (Gambia, 1447) Died on the first day of his return voyage as a result of poisoned arrows. 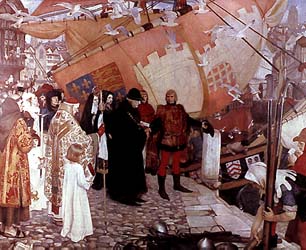 Bartolomeu Dias (off South Africa, 1500) Lost in a storm during Cabral’s voyage to India.

Miguel Corte-Real (North America, 1502) Disappeared while looking for his brother.

Afonso de Albuquerque (Goa, India, 1515) Died of an illness while his ship, coming back from Hormuz, was in Goa.

Ferdinand Magellan (Mactan, Philippines, 1521) Killed in a fight with the sultan of Mactan.

Rodrigo de Bastidas (Carribean Sea, 1526) Set out to travel from Colombia to Hispaniola (present day Dominican Republic/Haiti), looking for help against a rebellion and a dysentery epidemic, but died of dysentery himself.

Pánfilo de Narváez (Gulf of Mexico, 1528) Drowned near the mouth of the Mississippi.

Alvaro de Saavedra Céron (Pacific, 1528) Died at sea in an attempt to sail back from the Spiceries to Mexico.

Diego de Almagro (Cuzco, Peru, 1538) Beheaded after losing a war about Cuzco to the Pizarro family.

Hugh Willoughby (Murmansk, Russia, 1554) His expedition was forced to winter without adequate preparation.

Timofeyevich Yermak (Irtysh River, Siberia, 1584) Drowned while trying to reach his boats after being surprised by a Tartar ambush.

Thomas Cavendish (South Atlantic, 1592) Died at sea during an attempt to make a second circumnavigation.

Sebald de Weert (Batticaloa, Ceylon, 1602) Killed in a struggle when the king of Ceylon tries to imprison him. 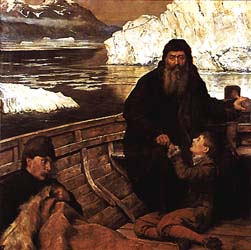 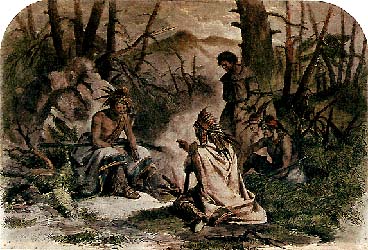 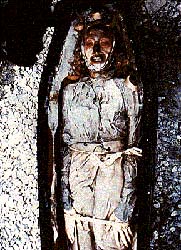 James Cook (Hawaii, 1779) Killed in a skirmish with Hawaiians.

Daniel Houghton (West Africa, 1791) Robbed by his Moor guides, left alone and died, either from his wounds or of starvation.

Antoine Raymond d’Entrecasteaux (at sea near Java, 1793) Dysentery and scurvy.

Friedrich Hornemann (Nigeria, 1801?) Disappeared after departure from Tripoli in 1799, probably died in Nigeria in 1801, possibly of dysentery.

Mungo Park (near Bussa, Nigeria, 1806) Drowned while trying to flee from an attack by tribesmen.

Alexander Gordon Laing (near Timbuktu, Mali, 1826) Murdered by his guide.

Jedediah Strong Smith (near Cimarron River, US, 1831) Killed in a surprise attack by Comanches.

Thomas Simpson (near Red River, Canada, 1840) Went mad and killed himself and two others. 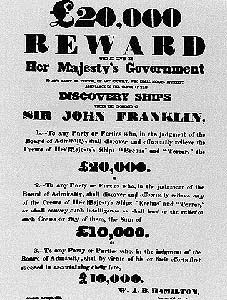 Friedrich Wilhelm Ludwig Leichhardt (Australia, 1848?) Disappeared, probably in or around the Simpson Desert.

James Sinclair (Oregon Country, 1856) Killed when trying to save a group of settlers from an Indian attack.

Eduard Vogel (Wadai, Central Africa, 1865) Assassinated on orders of the Sultan on suspicion of being a spy.

Charles Francis Hall (northwestern Greenland, 1871) Illness, or possibly murder through poisoning. “If I can get through this winter I think I shall be able to live through anything.” George Tyson, assistant navigator on C.F. Hall’s 1871 expedition. 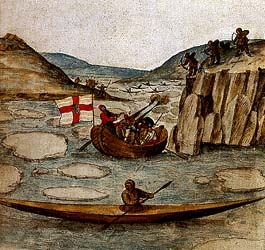 Salomon August Andrée (Spitsbergen, 1897?) Died of carbon monoxide poisoning in his tent, in which he wintered after an attempt to reach the North Pole by balloon.

Charles-Eugene de Foucauld (Tamanrasset, Algeria, 1916) Probably killed by a group of Muslims, possibly because he was suspected of being a spy.

Roald Amundsen (off Spitsbergen, 1928) Crashed with his plane when looking for Nobile, who had crashed before (but was rescued later).