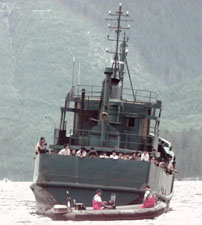 British Columbia coast, but no action was taken to prevent last summer’s armada, according to documents obtained by the National Post.

The officials predicted that smuggling rings might try to land “large numbers,” and said the relatively lax treatment of people sneaking into the country, particularly compared to the United States, made Canada a choice target for the clandestine trade.

An intelligence report prepared by the Ministry of Citizenship and Immigration warned that a crackdown by United States officials on marine landings has “raised spectres that, despite the weather, rings may attempt to land large numbers of Chinese illegally by boat along the British Columbia coast.”

“The prognosis for the Year of the Rabbit (1999) is that irregular migration from the [People’s Republic of China] will continue to grow as long as immediate release offers the dual options of access to the Canadian asylum system and the American border,” the report stated.

Nearly 600 Chinese arrived on the B.C. shore last summer, turning up in overcrowded and filthy rustbuckets. Some migrants were dumped by the smugglers on the fringe of the coastal wilderness.

The summary of the report warned that “rumours continue of Chinese rings organizing boats to carry PRC citizens illegally to North America,” and noted that a successful crackdown in the United States on illegal attempts to enter by boat had made B.C. an even more attractive destination.

“[A]s a result, [Canada] has been increasingly targeted both as a destination and for transit to the U.S.A.,” states the report.

Increasing international controls “have raised the fees charged by the rings” and changed the profile of the average illegal Chinese migrant. 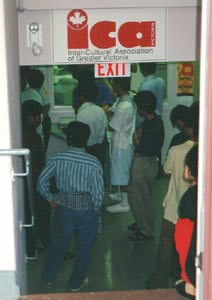 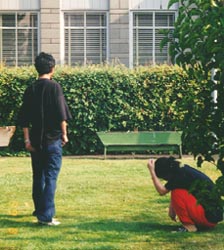 Some of the Chinese Illegals in British Columbia

While this section of the document, released under access to information legislation, was heavily edited before being released, it states that most migrants to Canada since 1993 have come through the credit-ticket system.

This is a system in which the passage brokers are reimbursed the charge of up to $50,000 per person after the migrant lands in North America.

Increased individual freedom in China has also paved the way for the rise of illegal migration to North America, the report notes, with sinologists predicting “the possibility of a mass exodus of Chinese to North America in the next decade, with 50,000 to 100,000 entering the U.S.A. illegally annually.”

Immigration officials concluded that “the majority” of illegal migrants from China “do not intend to stay around to have their claims adjudicated,” but rather plan to go underground or to make their way across the border to the United States.

Of the 599 migrants from China’s Fujian province who arrived by boat last summer, 65 have failed to show up for refugee hearings and are believed to have gone underground in Canada or the United States. Elinor Caplan, the Immigration Minister, in response to mounting public pressure, has said she will consider measures to detain illegal migrants, but has yet to introduce any legislation.

Immigration Can KILL YOU! — Find out more about this health threat

The report is skeptical of the legitimacy of the migrants’ refugee claims, referring to “the continuing existence of economic and political push/pull factors” and the mail that claimants receive. “This mail traffic of [portion black out by Immigration] after claims have been entered in Canada suggests some individuals may have little to fear in the PRC.”

But despite the questions surrounding the refugee claimants, the rate of acceptance of the migrants by the Immigration and Refugee board stands at 62%, compared with a global acceptance rate of 57%.

One significant development, noted in a summary of the third quarter of 1999, is that the “massive crackdown” by authorities in the Chinese coastal provinces of Fujian, Guandong, Zheijiang, Liaoning and Guanxgi “appears to have had some results.” On Sept. 6, two ships bound for Canada carrying 131 migrants were intercepted.