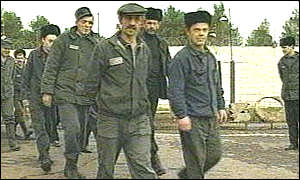 One in 10 Russian prisoners is thought to have TB

World experts in the treatment of tuberculosis have warned that the disease in Russian prisons is a timebomb waiting to go off.

Speaking in Madrid at the International Conference on Lung Health, they said that unless urgent measures are taken to stop what they call “the prison TB pump”, the incidence of the disease in Russia will keep growing and inevitably spread to the rest of the world.

The incidence of tuberculosis in Russia has more than doubled since 1991 and a quarter of those cases are in Russian prisons.

The conditions in these under-heated, under-resourced, overcrowded buildings is ideal for the spread of the disease, which is killing about 5,000 prisoners a year.

The head of Russia’s prison medical service, Colonel Alexander Conets, told delegates that thanks to a greater openness in Russian society, they could firstly admit that there is a problem and secondly seek help in trying to deal with it.

But 100,000 prisoners are released from Russian jails every year, many of them infected with TB. 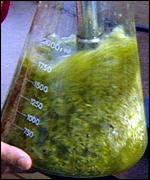 Lee Reichman from the National Tuberculosis Centre in the United States said the problem would not remain confined to Russia. “Tuberculosis is an infectious disease, it spreads from person to person,” he said.

“So it must spread and it’s being incubated in Russian prisons, and unless we do something about this incubation, when it gets out it’s going to be a disaster.”

But what is also worrying health experts is the increase of a new form of drug resistant TB which has developed because of widespread misuse of antibiotics. This new strain of the disease is expensive to treat and is also finding a perfect breeding-ground in Russian jails.

A number of international organisations, with the backing of the World Health Organisation (Who), have launched a pilot project in the central Russian region of Tomsk to try to deal with this new strain of TB. It is expensive and there are fears that funding for the project could be misused. 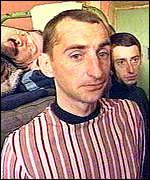 Hopefully the World Bank is going to come in with a major loan, but the local problems in Russia – where there’s currently chaos and worse – will make it difficult to receive the loan or use it properly,” said Mr Reichman.

According to speakers at the conference, there is no time to lose – the accelerating spread in Russian prisons of HIV, the virus that can lead to Aids, will they say lead to an explosion of TB among inmates.

The message from the Madrid conference is clear: that as we enter the new century, Western countries and international organisations must provide the commitment and the financial resources to address public health threats on a global scale.