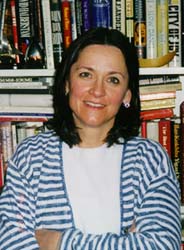 “If the refugees apply oversees to the Canadian embassy, then our officials are supposed to screen them and they won’t let them in if they have communicable diseases. But a lot of the refugees just throw themselves on our shores and immigration picks them up,” says Dr. Hugi.

If people within Canada claim refugee status after their arrival, they are directed to get a medical examination within 60 days and before their refugee hearing is held. The problem, however, is mechanisms for compliance are weak, and many do not get the screening and never show up for their hearings. “The Hondurans who came over in August 1998 72% of them did not show up for their refugee hearings. It’s a gentleman’s agreement,” says Dr. Hugi. 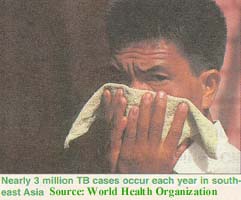 Some refugees harbour contagious diseases, and, as Dr. Hugi explains, “When you read the Immigration Act and the Refugee Act, one of the first clauses says that this act is supposed to protect Canadians. Well, from what? Bottom line is, to protect you from foreign invasion, and that also includes diseases. But it’s not interpreted like that.”

Her exposure to TB occurred in May 1998 when she was working in the emergency department at Vancouver’s Mount St. Joseph Hospital. She saw a patient who wasn’t breathing. “He looked so awfully young, and you have seconds to make up your mind whether you’re going to do anything. I asked the nurse if we knew anything about him. She said he’s a refugee from Burma who’d been in the country for eight months, so I thought to myself, ‘He’s probably not got AIDS or TB because they [Immigration] screen for those.’ I said we’ve got to be really aggressive with this guy and I brought him back [to life]. Then he spent two weeks in the ICU before he died. You know how much that cost us at $10,000 a day?” she asks.

“The tragedy of it all is that this guy had an awful life here.” If he’d been stopped at the border and received treatment for his AIDS and TB, “he probably would be alive today. We could have cured him of his TB. In two weeks, we would have rendered that man non-infectious because he wasn’t multiple drug resistant and he would have responded to medication,” says Dr. Hugi. Of additional concern is that the man was here for eight months, possibly infecting thousands of others.

When she was first exposed to TB, she wrote to then-Immigration Minister Lucienne Robillard, saying something had to be done about the immigration policy that was allowing refugees with contagious diseases to enter Canada. She told them that “this is really crazy. It could have been prevented had you done what you’re supposed to do.”

Three months later, she tested positive for TB, and wrote again and the response she received said “it was really my fault for being in a high-risk profession, that’s my duty. Yes, it’s my dutyif it had been a homeless person with AIDS who infected me with TB, that’s my social contract with Canada [to provide care]. The government is supposed to protect us from foreign invasion, and they didn’t. They let down their guard and I’m one of the victims,” she says.

“First and foremost, the Immigration Department let down Canadians by exposing them to a man who was a ‘weapon.’ Of course they let him down, too. Somehow they didn’t make it clear to him that he wasn’t going to be thrown out if he was found to have a communicable disease, but would be treated,” she explains.

Because of her exposure to TB and subsequent positive test, Dr. Hugi, who was 46, had to be put on a one-year course of the drug used to combat TB, which is very toxic to the liver in those over the age of 30. The problem with liver function tests is that “they’re not very sensitive. I think 60% of your liver has to be damaged before your enzymes are elevated,” she says. She had to get her liver enzyme levels tested every month throughout the treatment. Fortunately, once the drug therapy is finished, she says she has only a “1%, if even that, chance of getting full-blown TB out of this encounter.”

“I just want everyone to know that when you are dealing with a refugee in a hospital, you have to be very vigilant. Put on a mask, use universal precautions with that person,” Dr. Hugi urges. She says not to assume that the government has screened for contagious diseases. “Make sure they [the patients] get medical screening for every disease known to the Third Worldsyphilis, gonorhhea, TB, hepatitis A, B and C, AIDS, and HIV, but at the very least, HIV and TB,” Dr. Hugi cautions. “And if they are positive for any of the above, treat them accordingly.”

“Canada’s a First World country and the way we treat these people is not by First World standards. If we decide to let these people in, then they deserve good health care because it benefits us all and they deserve to be screened rigorously for infectious diseases,” she adds. Screening should be done before refugees are exposed to the community. The costs of screening and treatment upon entrance to Canada are significantly less than treating them once they become seriously ill. More importantly, the risk of spreading infectious disease is greatly diminished, saving lives as well as money.

If we don’t screen for infectious diseases and control them, “they’re going to run rampant,” Dr. Hugi warns. What especially angers her is that the government has rigid surveillance regarding plants, animals and fruit crossing the border, but not refugees. “It really does have dire implications for health care workers. We bear the brunt of all this nonsense at the border.”

Send us your immigration horror stories!