“Almost 60 per cent of the 60,000 students in Vancouver’s elementary and secondary schools use another language, mostly Chinese for conversation at home … nearly 80 per cent of the students reported they were taking English-as-a-second-language.” (Globe and Mail, March 3, 1998) In Hong Kong however, three quarters of schools have recently been ordered to instruct students in Cantonese exclusively.

As for “teaching some subjects in English, the Government is down-playing the idea. Officials insist that this will only be allowed for fringe subjects such as typewriting and metalwork.” (South China Morning Post, March 14, 1998) Meanwhile, Sri Lankan president, Chandrika Kumaratunga, “has caused an uproar – not because of what she said but because she delivered the speech in English. Senior Buddhist priests and several nationalist organisations have demanded an apology.” (South China Morning Post, February 27, 1998) Is it fair to assume then, that while nationalistic “source countries” root out and eradicate English wherever it’s found, our own excessive ESL costs will scarcely lessen?

Canada pioneered the concept of selling citizenship to the highest bidder — no questions asked. In his despair, Mr. Dosanjh must have forgotten that “two years after it was launched with great fanfare, British Columbia’s immigrant-investor fund has successfully processed only 32 people, and has yet to invest a single dollar of their money.” (Globe and Mail, March 3, 1998) The diverse beneficiaries of Canada’s exorbitant language training programs have chosen to ignore (or fail to comprehend?) the Legislative Review Committee’s Recommendation # 25 in its entirety: “We emphasize the ability of immigrants to function in French or English before coming to Canada; if they cannot do so, we expect them to make a financial contribution to their own language upgrading.” ( 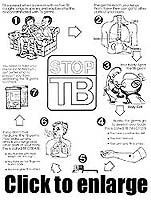 “The infection rate among foreign-born residents under the age of 30 is 20 times that of Canadian-born residents. … People born outside of Canada accounted for 77 per cent of TB cases in Montreal, although only 23 per cent of the population is foreign-born. … [Montreal public health researcher, Dr. Terry Tannenbaum, ventures,] ‘It’s important to treat every case of tuberculosis, so we need programs that are adapted to cultural diversity and which ensure that drugs are free.'” (Globe and Mail, March 21, 1998) The drugs aren’t really “free” though – are they? One might as well say that ESL programs adapted to cultural diversity are “free” too. “During the past decade, rates of TB among Canadian-born residents have continued to decline. … On the basis of the population in the midpoint census year of 1991, [there was] a decline in annual incidence from 5.4 to 3.3 per 100,000. During the same period, the number of cases among foreign-born residents rose from … 18.8 to 24.4 per 100,000. … [Globally,] estimates for 1990 of TB incidence, which takes into account under-reporting, were 237 per 100,000 in Southeast Asia, 191 in Africa and 127 in Latin America. About 95% of the 8 million cases reported annually occur in the developing world. … Over the past 12 years the number of immigrants to Canada has more than doubled, from 84,302 in 1985 to the current level of about 250,000. At the same time, the predominant places of birth of these new Canadians has shifted substantially. Europe was the major source in the 1960s, whereas Asia and increasingly Africa and Latin America, regions with high rates of TB, have been the major sources in the 1990s. … It is therefore not surprising that the epidemiology of TB in Canada increasingly reflects patterns of immigration in terms of not only the countries of origin of the immigrants, but also their chosen destinations. … The chest radiography screening of applicants required by Immigration Canada eliminates people with currently active pulmonary TB. [As was stressed in the November newsletter, this “technology” is widely viewed as clownishly outmoded — the sputum test is preferred by nations that are serious about eradicating the disease. The chest X-ray identifies only about 70% of lungs ravaged by advanced pulmonary – and extremely contagious – tuberculosis. The thoroughly discredited X-ray is unable to detect infected, but currently inactive cases, nor will it identify non-respiratory strains like adenitis, genitourinary, abdominal or bone and joint varieties.

About the best that can be said for the chest X-ray, is that countries which rely upon such an ineffectual method will never have to officially admit to hosting an epidemic – because they will never really know exactly how many people are actually infected.] … In southern Alberta the mean period between arrival in Canada and diagnosis was 11.2 years … in Montreal 33.2% of the foreign-born residents with TB presented within 2 years of their arrival in Canada and 56.3% within the first 5 years. These data suggest an earlier onset of disease in Montreal than in southern Alberta.” (Globalization of tuberculosis, E. Anne Fanning, MD, CMAJ, March 10, 1998) It is tempting to speculate whether an infectious person manages to come into contact with the same number of people during 2 busy years in densely populated Montreal as his counterpart might do over the course of 11 years in sparsely populated southern Alberta. In Montreal, it is people supposedly in their most productive years who suffer “the highest age-specific rate for foreign-born residents (62.8 per 100,000) occurred among those aged 15-29 years. For Canadian-born residents, the highest age-specific rate (10.0 per 100,000) occurred among those aged 65 and over. … Among the patients born outside Canada 24.0% were from Haiti (mean annual rate 133.5 per 100,000) and 14.3% from Vietnam (mean annual rate 137.0 per 100,000).” (Epidemiology of tuberculosis in Montreal, Paul Rivest MD, MSc; Terry Tannenbaum, MD, MPH; Lucie Bedard, MSc, MPH, CMAJ, March 10, 1998) During a five year study of new TB cases in southern Alberta, “immigrants to Canada accounted for 70.6% of the cases. On the basis of a mid-study estimate that foreign-born residents accounted for 16% of the population of southern Alberta, the annual incidence of TB in this group was 25.8 per 100,000, which is more than 21 times greater than the annual incidence among Canadian-born non-aboriginal residents (1.2 per 100,000). …

Of the [infected] immigrants … 73.4% were born in Asia … China, Hong Kong, Vietnam, the Philippines and the Indian subcontinent. [By 1996, these countries represented five of our top immigration sources.] A 1990 survey “estimates that up to 600 people per 100,000 in China had some form of tuberculosis … in India today, every second adult is infected with the tuberculosis bacterium.” (WHO Annual Report, 1997)] … Compliance with preventative therapy may also be particularly poor among Asian immigrants. … The mean interval between arrival in Canada and diagnosis of disease was shorter for those from Asia (9.1 years) … than those born in other regions (17.2 years). … This study has shown that the increased risk of TB among immigrants persists for many years after their arrival in Canada. … There was a trend for a longer period to diagnosis among younger immigrants. [Hardly encouraging news for Canadian schoolchildren who might attend day-care and graduate from high school alongside classmates who may or may not become infectious at any time] … The risk of TB for immigrants is the same as prevails in their countries of origin. … It can therefore be anticipated that the expected increase in the proportion of foreign-born residents in the Canadian population will be associated with an increase in the incidence of TB.” (Tuberculosis among immigrants: interval from arrival in Canada to diagnosis – a 5-year study in southern Alberta, Robert L. Cowie, MD; Jill W. Sharpe, BN, CMAJ, March 10, 1998) “Citizenship and Immigration Canada protects the safety and public health of Canadians through the medical examination of all immigrants.” (CIC Report on Plans and Priorities 1998-99, March 26, 1998) “22 countries account for 80 per cent of the world’s tuberculosis cases … Afghanistan, Bangladesh, Brazil, China, Democratic Republic of Congo, Ethiopia, India, Indonesia, Iran , Mexico, Myanmar [Burma], Nigeria, Pakistan, Peru, Philippines, Russia, South Africa, Sudan, Tanzania, Thailand, Uganda and Vietnam.” (Vancouver Sun, March 19, 1998) Canada’s top ten source countries for immigration in 1996 were: Hong Kong, India, China, Taiwan, Philippines, Pakistan, Sri Lanka, U.S., Iran, U.K……….. (Citizenship and Immigration Canada) “A study released by the World Health Organization last October said that eruptions of antibiotic-resistant TB in “hot zones” on at least four continents threatened the global spread of virulent new strains of the disease. Hot zones … were found in India, Russia, Latvia, Estonia, Argentina, Dominican Republic and Ivory Coast.” (Edmonton Journal, March 25, 1998) “Multi-resistant TB drugs can cost up to $250,000 U.S.. per patient to treat, with a cure rate of only 50%.” (Toronto Sun, October 23, 1997) “Russia has the dubious distinction of harbouring the most TB cases in the developed world and openly resisting WHO recommendations for diagnosis and treatment. … Russian health officials, for example, insist on requiring costly chest X-rays to diagnose TB, rather than sputum samples. … The rising number of TB infections in previously low incidence countries to which Russians have been emigrating has made health official’s worst fears a reality — the epidemic can and will transcend borders and social classes. [This ought to please the Marxists, they’ve been looking for an equalizing tool to eliminate distinctions for some considerable time] … The rate in this country of 148 million is 75 per 100,000.” (Toronto Star, March 25, 1998) It’s unlikely that Russia’s example — allowing a health care system to crumble — will serve as a cautionary tale for Canadian officials; it’s been a very long while since Canada troubled itself with the health and well being of Canadians.

Tuberculosis through the years

John Bunyan called tuberculosis “the captain of all these men of death”; it has variously been known as the white plague and more familiar to us consumption (referring to what happens to infected lungs). Tuberculosis is so ancient as to show up in the bones of Egyptian mummies and illustrations from the Middle Ages show physicians garbed like birds with enormous protective “beaks” full of posey, ministering to the infirm.

During the European tuberculosis pandemic of the late 18th century, England lost fully a quarter of the population. Within living memory, people carried consumption bottles (to quietly spit blood into). In other words, it has always been with us. In 1876, the bacillus was identified, and aggressive management and the discovery of streptomycin in 1943 brought tuberculosis to its knees for the first time — but it was only down — not out. Life in a multicultural society is becoming a death defying act – and if we can neither monitor our borders nor prevent people from spitting in the street without fear of reprisal – we will lose. Infection with tuberculosis is a life-long event. It may pass into remission but a weakening of the immune system will almost certainly reactivate it. Judging by current rates of infection in Canada, and knowing that “a person with active TB will typically infect 10 to 15 other people in the span of a single year,” (WHO) means that health officials should be answering some hard questions.

Why does Health Canada persist in squandering multi-millions “educating” Canadians about passive-smoke when “the worst [studies] purported to show that constant exposure to second-hand smoke posed a danger approximately equal to that of drinking two glasses of milk a day.” (Globe and Mail, March 23, 1998) “The WHO [World Health Organization] has spent nearly a decade on research to produce a 200-page report, but condensed and published its findings on a single page. The findings say people who live or work with smokers have little to fear from passive smoking. They even suggest the smoke could have a protective effect.” (London Times, March 8, 1998) In a world where you’re forced to love everyone, it’s okay to hate a smoker. After all, you can’t tax tuberculosis.

Inform yourself – Gets the cold hard facts See our Immigration Books section You can reach the Canada first Immigration Reform Committee at: